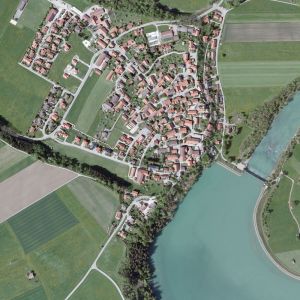 There’s more to Epfach, an unassuming little village along the Lech, than first meets the eye. It’s a very, very old settlement, in fact. Older, even, then most German towns — Munich, for example, was first established in the 12th century. Epfach, apparently originally a Celtic settlement, was ideally situated to serve as a station along the Via Claudia Augusta in the Roman province of Raetia. It’s Roman name was Abodiacum, (or Abodiaco, as it’s found on the Tabula Peutingeriana).

The Tabula Peutingeriana, in fact, has two Abodiacos: they are the same village. It stands at the crossroads of two Roman roads : the Via Claudia Augusta, where it’s just after the  station ‘ad novas’ on the road out of Augusta Vindelicum/Augsburg, and the salt road that partly connected Lake Constance (Brigantium) to Salzburg (Iuvavum).
Visitors to Epfach will first see that the north-south road through town is marked as the Via Claudia. Right on this road stands the local museum, which provides information on Epfach’s Roman history, all in a space about as big as my living room. Of particular interest is an exhibit on Epfach’s first internationally renowned local homeboy, Claudius Paternus Clementianus.

CPC was a Celt with Roman citizenship through his father, which allowed him to serve in the Roman army as an officer. His career took him to Hungary, Romania, Judea (where he served as Procurator there just 80 years after Pontius Pilate held that job, long enough afterward to have probably never heard of him), Sardinia and Northern Africa, before he came home to retire and presumably spend his golden years fishing on the Lech and downing the local wines. 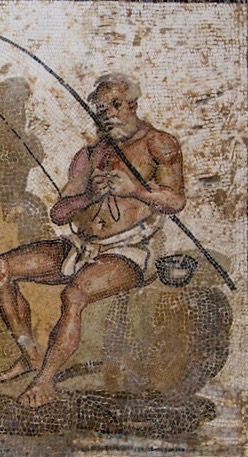 He may have had the good fortune to enjoy his twilight years secure in the belief that the Empire was strong. It was another hundred years before Alemanni tribes began sacking the settlement, followed by the Romans rebuilding it, in turns. The northern frontier (Limes) remained in operation until sometime in the 5th century C.E. Then again, as a Celt, maybe he would have been happy with the eventual outcome.

While Epfach is not on the Via Raetia, there is a connection nevertheless. The Tabula Peutingeriana, a Middle-Ages copy of a late Roman roadmap of the Empire, shows neither the Via Claudia Augusta nor the Via Raetia in their entireties, but rather an amalgam of the two — the route shown follows the VCA leaving Augusta Vindelicum/Augsburg until Epfach/Abodiaco, detours east on the above-mentioned salt road and then resumes its southward way on the newer Via Raetia at Urusa/Raisting (the next stop listed is Coveliacas, near the Staffelsee). This variant may have turned out to have been shorter, the easiest to maintain (the Via Claudia Augusta, in my opinion, goes over much more precarious mountain territory than the Via Raetia), or had better stations, or better connection, or a combination of any of that.

Aside from the museum (open every day, and if it’s not you can ask for the key at the restaurant next door), you can walk to the Lorenzberg, the hill where the Roman military station was located. Epfach seems to have geared its tourism to the Via Claudia cyclists, who can take a break at the restaurant, stop into the museum, walk off lunch with a short visit to the Lorenzberg, and then continue on their way.

I have a confession to make. Beyond all the other things I am doing right now – singing, translating, assisting in a bookselling business – I have a project in mind for the future. I want to put together a guidebook for the Via Raetia.
There are guides and books for following the Via Claudia Augusta, the first Roman-made road to cross the Alps in this region, but I have yet to find a modern tourist guide in English for it’s younger sister, the Via Raetia. The Via Claudia has an “official” route which one can follow ona bike, and much of it may accurately follow the old road. The Via Raetia does not, and here you can see why: 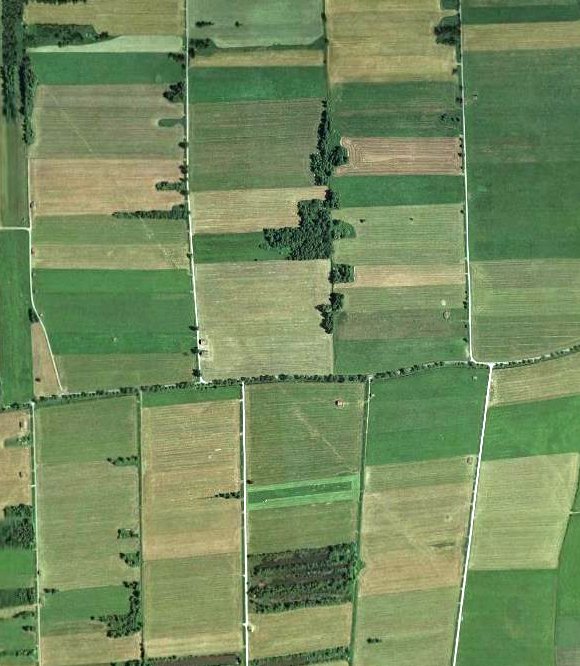 Clearly one can’t just go traipsing across private property, let alone tell others to do so.

Walking, cycling, sights along the way, history, archaeology, culture, on the route between Augsburg and… well, how comprehensive do I want this to be? I could keep it within Bavaria (Augsburg to Mittenwald) or publish installments (Part 2, North Tyrol from Mittenwald to the Brenner Pass, Part 3 Italy: Brennero to Verona). Even if I had no other work, this would take a few years of research, travel, exploration. I’m not sure I’ll ever get to do it. (Note to any publishing houses: I’m here, “boots on the ground”, if you are considering something along these lines from a distance.)

But all this will have to wait another year at least, because for professional reasons I am going to be spending a considerable amount of time at the other end of Bavaria, namely closer to the Czech border.