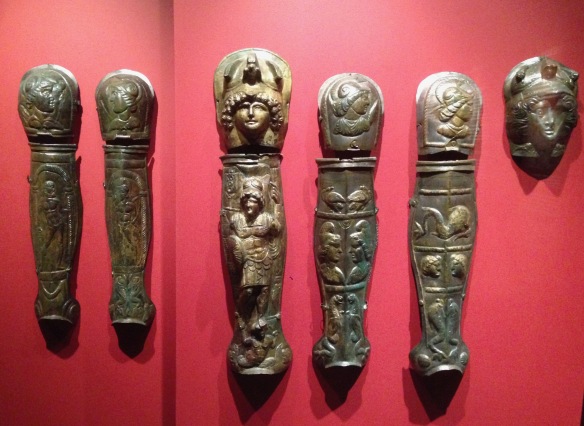 I had the chance to visit Straubing, a small town along the Danube in Lower Bavaria – basically I was there on business, but arrived a few hours earlier in order to see the Roman exhibit at the town museum. As Straubing (Soviodurum) was along the Limes and had a military station there, the museum had quite a bit to offer. Perhaps not as much as Passau or even Fliess in Tirol, but a nice exhibit nonetheless.

I had never considered whether the Romans used glass, since so often one sees only ceramics. The designs are downright modern.

A stash of coins hidden before the collapse

This found stash of coins, like many others discovered south of the Limes, reminds one of how it ended: things looked bad, treasures were buried, things indeed got very bad, and the owners never returned to the site to reclaim their property.

The photo below was made earlier and is not from Straubing. Knowing that I was going to be spending some time in Lower Bavaria, I had done a little advance research for any mention of early, pre-Roman history of the area, and stumbled across a fleeting reference to a schalenstein in the Passau Rathaus from 1899. ( I did wander a bit through the public areas of this town hall, but did not see anyone who looked like they might know what I was talking about if I should ask.) Later, however, I took a walk up to the fortress overlooking Passau and came across this. 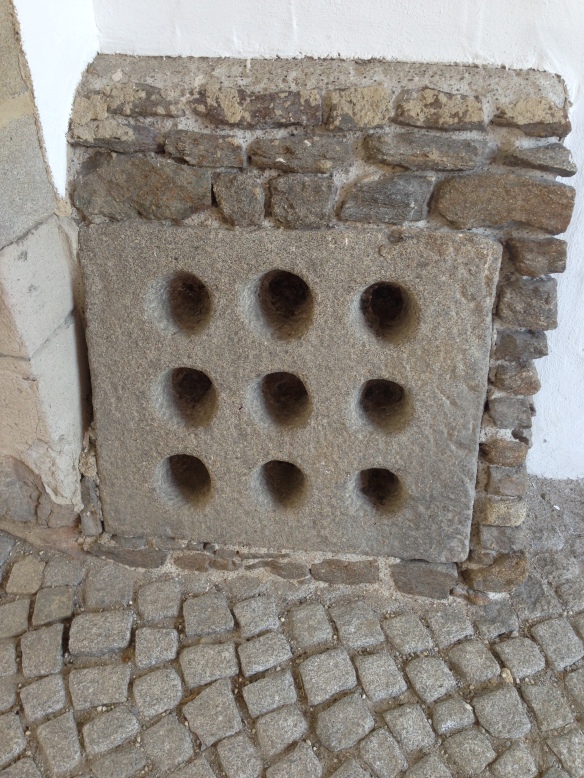 What could this be?

Which is, well, technically, a schalenstein (it’s stone, and it has cup markings)
but to me looks more like something made much later. There are what appear to be charcoal markings inside. It is simply built into the wall in one of the towers, with no explanation.