So, I finally made good on my promise and took my young friend to the still-new Tirol Panorama Museum on Bergisel. It’s connected to the Kaiserjäger Museum, which is dedicated to the Empire’s local militia regiments from the 19th century, so we wandered through that too, just looking at the paintings and the weapons with mild interest.

In one room my eyes rested on a large painting of soldiers greeting Kaiser Karl, the last Emperor of Austria. I found interesting the one soldier turning to look directly at the painter, and so my eyes dropped down to read the artist’s signature. 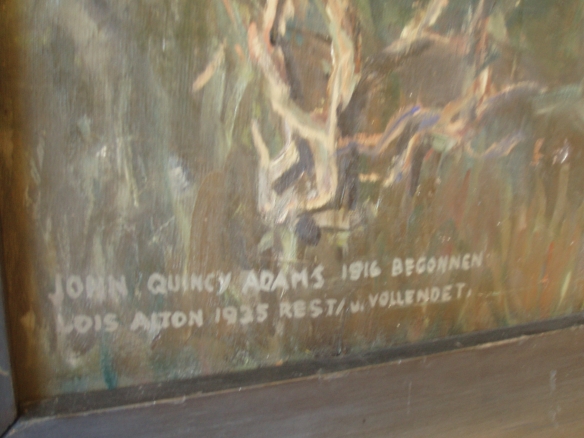 Not the U.S. President, but a descendant, 1874-1933. Interesting what Wikipedia (the German site) tells me — his father, Carl Adams, was a Heldentenor at the Vienna Court Opera for ten years, then brought his family back to America when John Quincy was four years old. At age twenty-six he enrolled in the Vienna Academy of Fine Arts, and went on to have a pretty successful career on both continents. He’s even got a grave of honor in Vienna’s central cemetery. 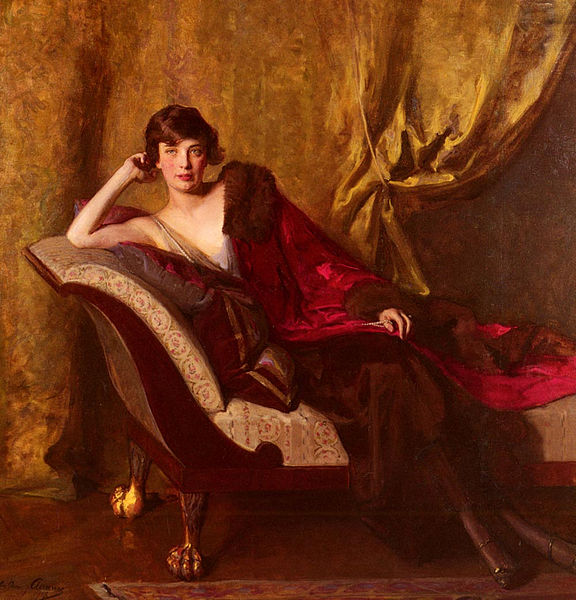 Here is another work, to show that it wasn’t all war paintings for him. Of Countess Michael Karolyi, from 1918. Very nice.

The restorer Lois, or Luis (short for Alois) Alton was a local artist of landscapes and portraits.