A little village near here, known for its historic gingerbread facades, fancy restaurant and rock falls, sprang up originally due to an iron mine and a quarry, both closed long ago. Behind the village are traces of the abandoned railroad which serviced the operations. 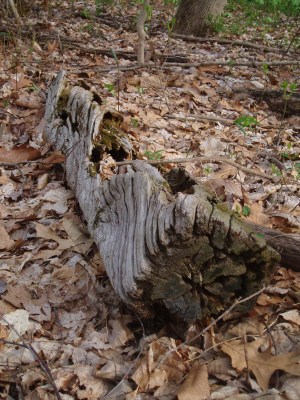 Most of the rail bed is now unmarked trail. The cinder bed remains visible, and some wooden ties here and there. The largest remains are the wooden bridges over the creek.

Above and below, two views of the same bridge. 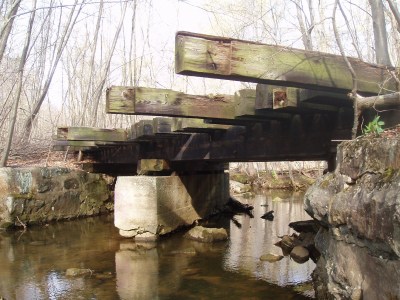 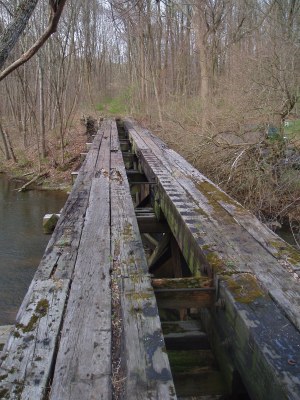 A second bridge encountered closer to the road. When the mines were open (from 1845-1928), the hillside was barren. When they closed, the forest began to take over. The land now belongs to State Game Lands.