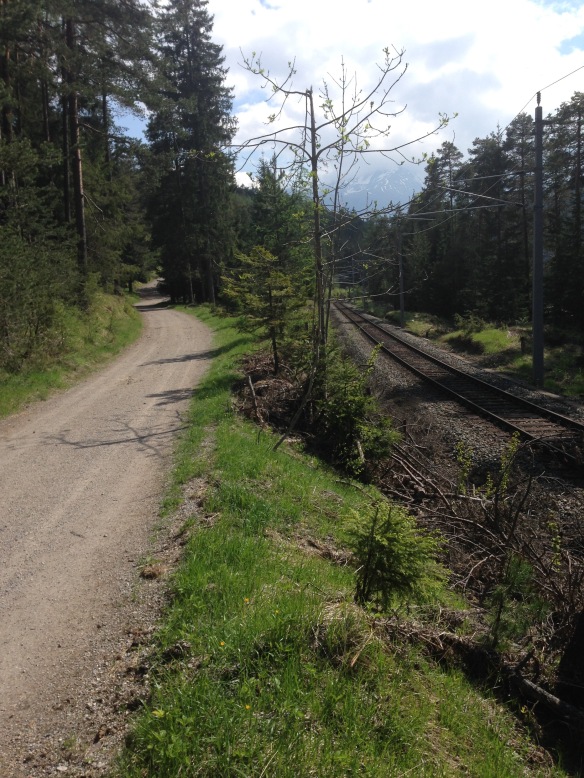 I needed to go to Mittenwald because of something I’d promised to do, and since I had the day free it seemed like a good idea to get some hiking in along with some sights.
As there’s only so much ground one can cover in an afternoon, I broke up the journey with short train rides. First, to Mittenwald. 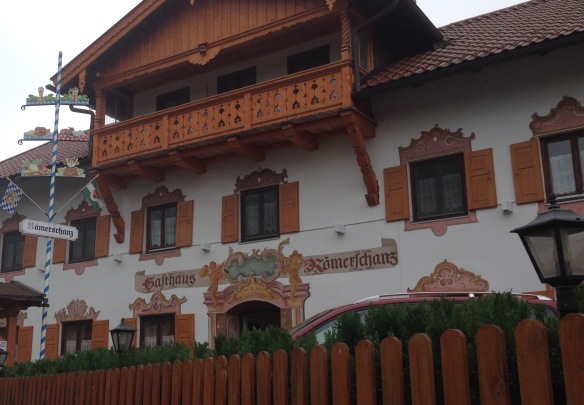 Every so often, a sign that I’m on the old original Roman road. In tracing the route over the Alps one has the advantages and disadvantages of the landscape. Humans are practical above everything: the first mule paths made by the more ancient inhabitants followed the easiest ways over. The Romans built mainly on these existing paths because they were there (once they got onto more open land they had more options). After the Roman retreat in the 4th century CE, the roads remained and continued to be used for trade, later providing for much of the route of the Via Imperii during the years of the Holy Roman Empire. And so on, through the ages, until that ancient road over the mountains is now mostly (not completely) under the B2. 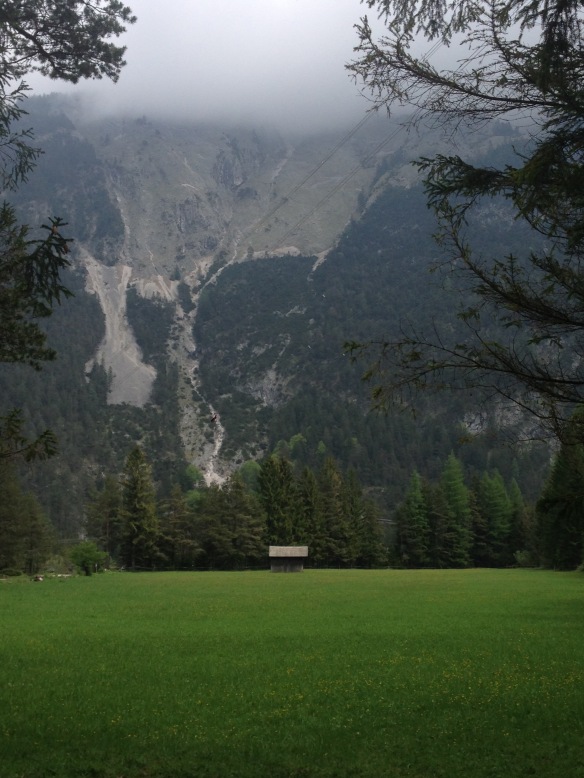 From Mittenwald I walked parallel to the B2 on a quieter trail, to get a sense of what Goethe may have felt when he came through here for the first time, in 1786.

Left Mittelwald at 6, clear sky, a keen wind blowing, and the kind of cold only allowed in February. The near slopes dark and covered in spruce, the grey limestone cliffs, the highest white peaks against the beautiful blue of the sky made exquisite, constantly changing pictures. Near Scharnitz you get into the Tyrol and the border is closed with a rampart that seals off the valley and joins up with the mountains. It looks very fine. One one side the cliff is fortified, on the other it just goes steeply up. 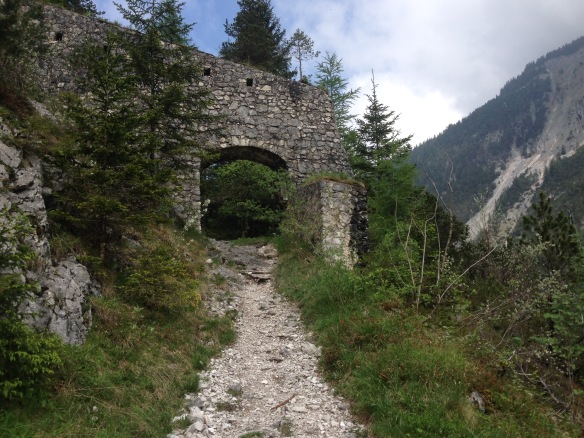 The fortification to which Goethe refers is the Porta Claudia, built in the 17th century and named for Claudia di Medici.
Back on the train, next stop Seefeld in Tirol. 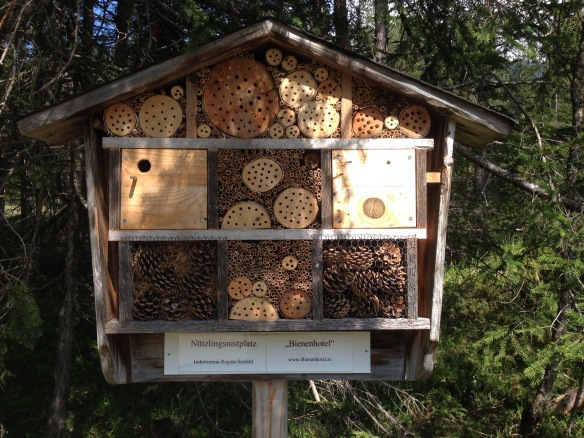 I had seen this path many times from the window of the train, and often wondered what the signs said. Were they historical markers?  No, the trail is all about bees and honey!

This bee-themed nature trail ended at Reith bei Seefeld. From there a late-afternoon train brought me back to Innsbruck.